Delhi Daredevils – IPL 2018: IPL season is going to start from April 7 to May 27 2018 IPL has its own fan following ans the first event is at Wankhede Stadium in Mumbai start booking your tickets if you were planning to watch the match live and on television you can watch it on star sports onward in 6 language they are (English, Hindi, Kannada,Tamil,Telugu and Bengali) in India. In the UK, this tournament is showing on Sky network, In USA, Willow TV, In Pakistan, GEO super channel, In Singapore, Eleven sports digital platform will show the whole tournament. Moreover you can also watch it on internet via live streaming.

Delhi Daredevils is one of the cricket teams which are participating in IPL 11 and it represent Delhi in IPL. This team is owned by or the owner of this team is GMR Group Pvt ltd and JWS and under the captaincy of Gautam Gambhir. Coach who prepare their each and every team member so well that they can give a tough competition to the other teams and coach of Delhi Daredevils is Ricky Pointing he is also a former Australian Cricketer and a very good batsman too. DD or Delhi Daredevils founded in 2008 and bought and owned by GMR Group for US$84 however in 2018 they sold 50 percent stake to JWS Group for rupees 550 crore. Their Home ground are Feroz Shah Kotla Ground , New Delhi and also a secondary home ground that is Shaheed Veer Narayan Singh International Cricket Stadium , Raipur. In past years Delhi Daredevils never won a trophy in Indian Premier League or in T20 cricket series . The first anthem of Delhi Daredevils that is Khel Front Foot Pe sung by the famous singer Kailash Kher and then in 2012 5th March they release their new anthem which is Munday Dilli Ke on the youTube and lastly the recent new anthem was launched in 2016 named as Dhuandaar Dilli on YouTube and it has been sung by Sukhwinder Singh.The current players or squad which has been bought by Delhi Daredevils in January are: Rishabh Pant, Shreyas Iyer, Chris Morris, Glenn Maxwell, Kagiso Rabada, Amit Mishra, Shahbaz Nadeem, Vijay Shankar, Rahul Tewatia, Mohammad Shami, Gautam Gambhir, Trent Boult, Colin Munro, Daniel Christian, Jason Roy, Naman Ojha, Prithvi Shaw, Gurkeerat Singh Mann, Avesh Khan, Abhishek Sharma, Jayant Yadav, Harshal Patel, Manjot Kalra, Sandeep Lamichhane, Sayan Ghosh. We are giving you a brief introduction on each Player of Delhi Daredevils below:

Rishab Pant: He is an Indian Cricketer born on 4 october 1997 in UttaraKhand and he plays for Delhi. He made a first class debut in Ranji Trophy 2015 on 22 october 2015.His full name is Rishabh Rajendra Pant.His T20I debut againts England on 1 february 2017.

Shreyas Iyer: He born on 6 December 1994 in Maharashtra and he plays for Mumbai. He is an Indian Cricketer who made his T20I debut on 1 1november 2017 against New Zealand his shirt number in T20I is 41.

Chris Morris: His full name is Christopher Henry Morris and he is South African International Cricketer . He was born on 30 april 1987 in South Africa.He made his ODI debut on 10 june 2013 againts Pakistan and his Test debut against England in 2 January 2016.

Glenn Maxwell: He is Australian international Cricketer born on 14 october 1988 in Australia. He was also known as The Big Show and the Maxi. His full name is Glenn James Maxwell. He made his Test debut on 2 March 2013 against India and his T20I debut on 5 September 2012 against Pakistan.

Kagiso Rabada: He is South African cricketer and known for his fasy Bowling. He was born on 25 May 1995 in South Africa and made his Test debut on 5 november 2015 against India.

Amit Mishra: He is an Indian cricketer who born on 24 November 1982 in Sonepat Haryana.He made his T20I debut on 13 june 2010 against Zimbabwe.

Shahbaz Nadeem: He was born on 12 August 1989 in Muzaffarpur ,Bihar. He is also known by his nickname Muscles of Muzaffarpur.

Vijay Shankar: He is an Indian Cricketer who born on 26 January 1991 in Tamil Nadu and plays for Tamil Nadu cricket teams In past he was also played and squad of Chennai Super Kings and Surisers Hyderabad.

Rahul Tewatia: He is an Indian Cricketer born on 20 May 1993 in Haryana . He also be a part of Rajasthan Royals and Kings XI Punjab this time we will see him in Delhi Daredevils team.

Mohammad Shami: He is an Indian International cricketer who born on 9 March 1990 in Uttar Pradesh. He made his Test debut against West Indies on 21 november 2013.

Gautam Gambhir: He is an Indian Cricketer who born on 14october 1981 in New Delhi and he plays all formate of games.He made his Test debut against Australia on 3 november 2004 and T20I debut on 13 september 2007 against Scotland.

Trent Boult: He was born on 22 July 1989 in New Zealand and a professional New Zealand cricketer.He made his Test debut against Australia on 9 december 2011.

Colin Munro: He is South African international cricketer and born in South Africa. He made his ODI debut on 22 january 2013 against SouthAfrica.

Daniel Christian: His full name is Daniel Trevor Christian and born on 4 may 1983 in Australia. His ODI debut is against India on 5 February 2012.

Jason Roy: He is an English Cricketer and born on 21 July 1990 in South Africa. His full name is Jason Jonathan Roy and he plays for Surrey. He made his ODI debut on 8 may 2015 against Ireland. 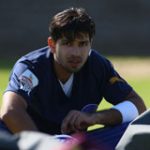 Naman Ojha: His full name is Naman Vinaykumar Ojha. He was born on 20 July 1983 in Madhya Pradesh he is an Indian First class cricketer.He made his Test debut on 28 August 2015 against Sri Lanka.

Prithvi Shaw: He was born on 9 November 1999 and he is under 19 captain and an Indian Cricketer.His full name is Prithvi Pankaj Shaw.

Gurkeerat Singh Mann: His full name is Gurkeerat Rupinder Singh Mann and born on 29 june 1990 in Punjab.He made his ODI debut on 17 january 2016 against Australia.

Avesh Khan: He was born on 13 December 1996 in Madhya Pradesh and an Indian first class cricketer He made his debut on 14 May 2017 for Royal Challengers.

Jayant Yadav: He was born on 22 January 1990 in Delhi and plays for Haryana. He is an Indian Cricketer who made his Test debut against England on 17 November 2016.

Harshal Patel: His full name is Harshal Vikram Patel and born on 23 november 1990 in Sanand Gujarat.He is an Indian First Class Cricketer.

Sandeep Lamichhane: He was born on 2 august 2000 and he is a Nepalese Cricketer and plays for Nepal.

Sayan Ghosh: He was born on 16 September in West Bengal and plays for Bengal . He is an Indian Cricketer He made his debut on 7 november 2015 in Ranji Trophy.

Here we present you Delhi Daredevils 2018 Schedule. All Matches details with venue:

If you are looking to check Delhi Daredevils – IPL Points table 2018 , you have to visit mainpage(homepage) of our site as we already added that there and keep it updated after each and every match.